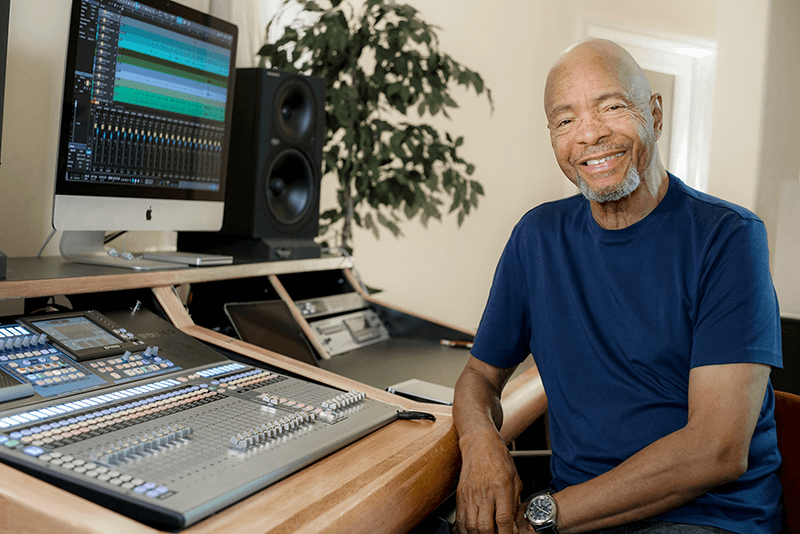 From his work with Ben E. King and Jack McDuff to Frank Zappa and the Mothers of Invention, Weather Report, Genesis, Santana, and beyond, drummer extraordinaire Chester Thompson has always displayed virtuosity, versatility, superb taste, and soulfulness. Although his live performances are legendary, he is equally treasured as a studio drummer. In addition to his work at commercial studios, Thompson has a home studio based on a PreSonus® StudioLive® 32 Series III digital console/recorder and Studio One® 3 Professional. It’s just the latest and greatest in a succession of personal studios.

“I’ve always had some sort of home studio, going back to my old classic ¼-inch, 4-track, reel-to-reel deck,” he recalls. “I went from that to a ½-inch, 16-track deck. We’d make demos at the house, and I became fascinated with recording. In recent years I’ve been milking all I could get from a couple of old digital mixers but eventually they died. Besides, there’s definitely a different sound today, and I try to keep up with the times. I had heard a lot about PreSonus, including the mixers, because one of my drum students at Belmont University, Brandon Hays, used to be the customer support manager for the company. I always have been a bit of a gear head, so at the 2016 Summer NAMM show I visited the PreSonus booth. The StudioLive demos sounded great and piqued my interest. Some of the clubs in Nashville have StudioLive mixers, so I talked to the sound people, and they had nothing but good stuff to say about it. The features sounded great but it was the sound that caught my attention.”

Thompson was working on a project that he had to get out the door quickly. His old consoles were toast, and the StudioLive 32 was not available yet, so he bought a PreSonus StudioLive AR16 USB analog/hybrid console. “I put those first drum tracks down, and my mind was blown because even that little mixer sounded amazing!” he exclaims. 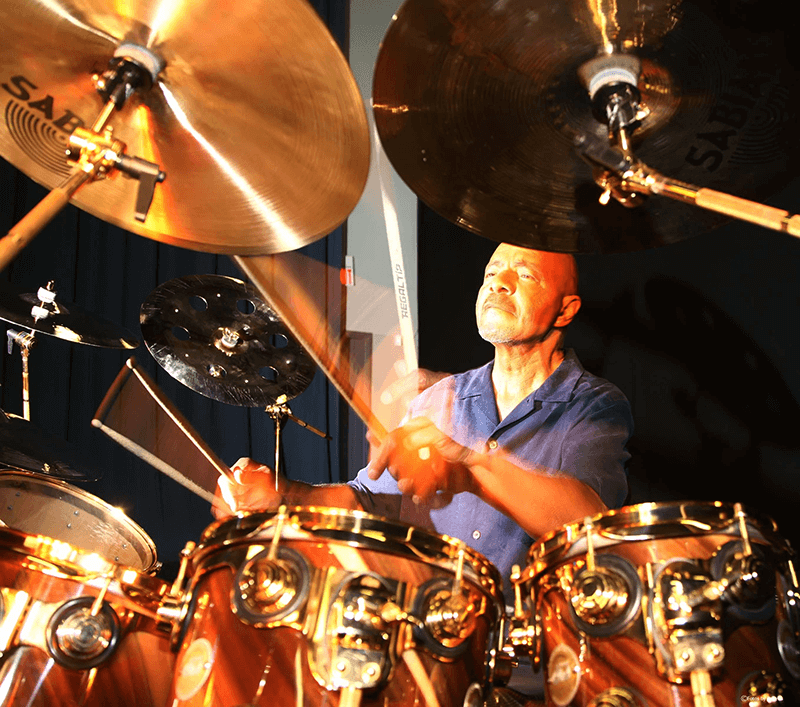 But for more ambitious projects, he needed the top-of-the-line StudioLive 32, and this March, he got one. “The preamps sound great, and I love the processing; the vintage EQ and compressor models work for me big time,” he professes. “For the toms, kick, and snare, I use the Fat Channel presets, and often, with very little tweaking, they’re just what I need. I use a little more gate in some cases because my room’s pretty live, which is the way I like it. I have a 6.5 x 14-inch, Craviatto solid cherry snare that I used on the Genesis Live stuff, and if you stand beside the kit when it’s being played, you feel it in your chest like it was a bass drum. I tend to really lay into them, so I have to control it in the studio. The basic settings in the Fat Channel are for most part just what I need for that.”

The studio veteran is almost embarrassed that he uses Fat Channel presets. “I much prefer to drive a stick than an automatic,” he laughs. “I like to get hands-on. But these presets are so doggone good I feel like I’m cheating—and the sound is happening! I know what my drums are supposed to sound like, and getting that sound is pretty easy with the StudioLive 32.”

Thompson records using the console’s integrated USB interface. “I set up the network with a wireless router for the board so I can run it from the iPad,” he notes. “Before I got the StudioLive 32, I made lots of trips from the drums to the board. I don’t have to do that anymore because I can just sit behind the drums with my iPad, get drum levels, and put Studio One in record.”

Another benefit for Thompson is the StudioLive 32’s ability, with free QMix®-UC aux-control software, to let musicians create their own monitor mixes. “I’m working on a solo album, so I’m writing and tweaking tunes and having guys come over and play some of the material. I’ve got 16 mix out channels and individual headphone boxes, so when I have musicians in here, each can have an iPad and do their own mix. I can do all that at home, which is blowing me away. I’m absolutely knocked out with this thing.”

Thompson is using Studio One to compose his new solo album. “My son is making quite a reputation around Nashville playing guitar and keyboards and producing; he tried Studio One and said it sounds better than either Pro Tools or Logic. So I fired it up, and oh my goodness, the sound of it is just incredible. I feel like I’ve finally stepped into the 21st century because it’s today’s sound. Recently, I started using the CTC-1 Console Shaper, choosing a vintage console model, which I like a lot. I am picky about drum sounds, and I love how my drums sound with the StudioLive 32 and Studio One.”

Best of all, the legendary drummer is enjoying himself. “Man, I’m having so much fun; nothing is getting in the way of creativity,” he enthuses. “I come down here and get work done; I don’t get stuck worrying about how to do this, how to do that, because it’s pretty intuitive. You need to go out and get one of these consoles. If you don’t need so many channels, get the StudioLive 16, but I’m telling you it’s awesome!”