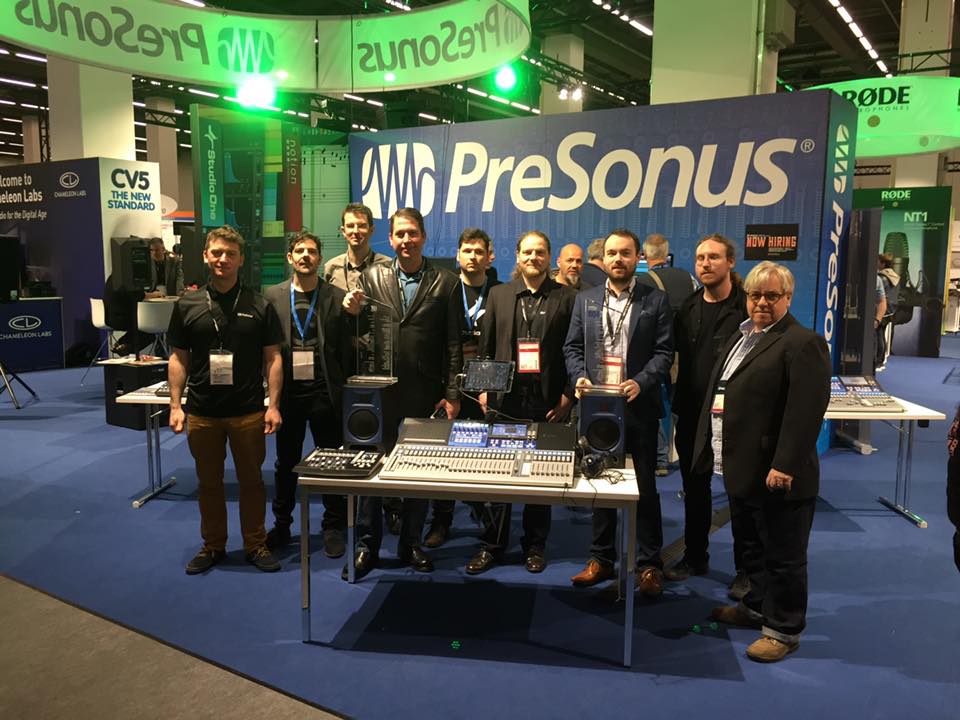 Not to be outdone, the new FaderPort 8 became the first PreSonus control surface to win a MIPA. The FaderPort 8 connects via USB 2.0 and offers 8 touch-sensitive, motorized, 100 mm faders and 57 buttons with 78 different functions to provide precise tactile control over your favorite DAW’s transport, mix, and automation features.

The MIPAs are selected by the editors of more than 100 magazines from all over the world. We thank the editors of the participating publications, the Musikmesse organization, our distributors and dealers, and most of all our customers, whose enthusiasm for the entire StudioLive line and for the FaderPort 8 has made these products immensely successful.